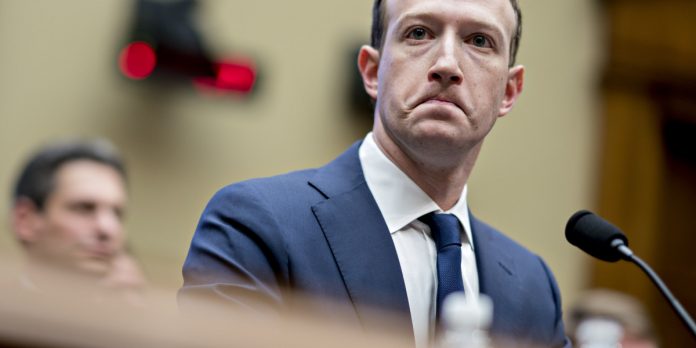 In June, Facebook announced plans for a global cryptocurrency that it predicted would debut in early 2020. Now, the launch date looks closer to 2021—or never.

On Wednesday, CEO Mark Zuckerberg attended a grueling six-hour hearing before the House Financial Services Committee to make the case for the crypto initiative, called Project Libra. It did not go smoothly.

Many committee members did not even bother to get into the details of Project Libra, but instead used the occasion to tee off on Zuckerberg about their political hobby horses. To his credit, the CEO kept his composure as members complained about Facebook’s role in everything from housing discrimination to vaccination conspiracies. (The only time Zuckerberg appeared out of sorts was when he asked for a break, saying “It’s just that I’m drinking a lot of water”).

The rambling accusations, however, underscored just how unpopular Facebook has become with politicians on both the right and left—a difficult starting point for a company trying to launch a new form of global money.

More troubling for Facebook is that those committee members who had taken time to understand the mechanics of Project Libra, including Rep. Bill Foster (D-IL) and Juan Vargas (D-CA), expressed concerns about the initiative.

Those concerns fell into two broad buckets: That a new global cryptocurrency could threaten the U.S. dollar, and that Project Libra—billed as an independent consortium of companies and non-profits—is basically an alter-ego for Facebook. As the members noted, several high-profile would-be partners, including Visa and PayPal, have pulled out of Project Libra in recent weeks.

To placate the committee, Zuckerberg declared that Libra would not launch anywhere without the permission of a long list of U.S. regulators—a decision that could conceivably take five years or more.

Zuckerberg found the most support when he made the case that the U.S. financial system is antiquated, and that the country risks forfeiting the lead in cryptocurrency to China. Committee members, including Vicente Gonzalez (D-TX), agreed about the risk poised by China but concluded that Facebook-led Libra—derided by one congressman as “Zuck Bucks”—wasn’t the best response.

Despite scoring a few points on China, Zuckerberg appeared to end the hearing with no more support for Project Libra than when it began—and possibly even less.

All of this could translate into a strategic loss for Facebook and Zuckerberg, whose very presence on Capitol Hill indicated how much of a priority Project Libra is for the company. Barring a political miracle or a geo-political event involving cryptocurrency—perhaps China’s rumored launch of its digital renminbi—Facebook’s crypto dreams are in trouble.