An energy black hole? The dirty truth about bitcoin mining 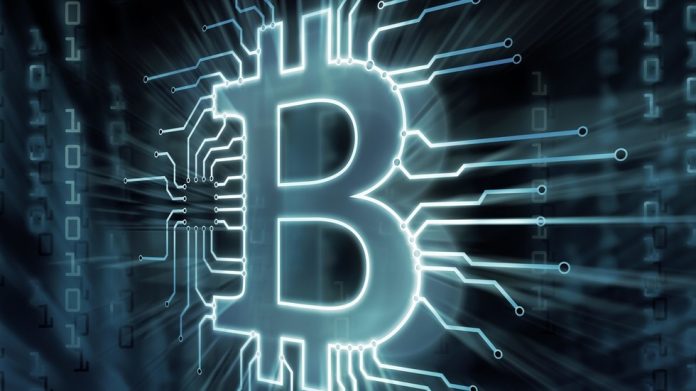 Bitcoin and crypto miners do consume vast amounts of power, but how much power do they really use, and are they actually a big burden on the grid?

For some crypto buffs, critics who squawk at the vast amounts of energy supposedly consumed by crypto mining and how it contributes to climate change are little more than churlish, pedantic party poopers.

In one camp are the PoW (Proof-of-Work) maximalists who argue that bitcoin is the “most secure public chain” as measured by hashrate, but denying that bitcoin is an energy hog.

In the other camp are crypto apologists (such as CoinShare) who concede that bitcoin and crypto mining are indeed power-hungry processes, but immediately go on the defensive by claiming that most of the energy is derived from renewable sources.

You probably already know where this is going. The long and short of it: bitcoin and crypto mining do consume vast amounts of power, as we shall see shortly.

READ ALSO: How Bitcoin Mining Works – All you need to know

By necessity, the most secure cryptographic networks such as bitcoin and ethereum are also the most energy intensive since they rely on heavy resource consumption to defend their networks from malicious attackers.

PoW projects, like bitcoin, rely on mining to secure their blockchains and require the hashing power to continue even after every coin has been mined. Less resource-intensive networks do not employ such rigorous processes and are, consequently, almost certainly less secure.

Mineable coins belong to the PoW category, of which CoinMarketCap lists a total of 581. These are the main culprits as far as energy guzzling is concerned.

Non-mineable coins such as Ripple, EOS, Stellar, Tezos, NEO and NEM are more energy efficient as they don’t require tons of energy to validate transactions and secure the network as their PoW brethren.

And now to the million-dollar question: how much energy does bitcoin and crypto mining suck off our power grids every year?

Available data varies quite a bit depending on whom you ask, and is, quite frankly, all over the place.

Figures of sub-10 TWh per year have been thrown about, with this miner placing it at a relatively tame 2.85TWh/year at the lower bound and 6.78TWh/ year at the upper bound, depending on the efficiency of the mining rigs.

READ ALSO: How Bitcoin Mining Works Under The Hood

That was 2.5 years ago, and since then more efficient rigs have hit the market while mining activity has also increased quite dramatically. These two trends have opposite effects on overall costs, so we cannot be sure what data this methodology would yield currently.

A June issue of energy magazine Joule estimated it at 45.1TWh/year, or about 0.2 percent of all global electricity produced, with a carbon footprint at 22.0 to 22.9 MtCO2.

Those figures, though, could be highly conservative and the real thing could be in the ballpark of 160TWh/year as per the Cambridge Bitcoin Electricity Consumption Index, the latest tool of its kind to emerge in the space.

That’s about 0.6 percent of global electricity production and enough to power Switzerland for two years with some change. The carbon footprint is ginormous, too–34.7 Mt CO2 per year, comparable to the carbon footprint of Denmark.

It’s worth noting that Cambridge’s estimated consumption of 76.3 TWh/year tallies favorably with Digiconomist’s figure, which works out to ~0.3 percent of global electricity output.

These sources were chosen not least because Digiconomist seems to have been validated by Cambridge and possibly won a long-running diatribe against Marc Bevand (publisher of the 2017 estimates) regarding whose methodology is more accurate.

Both Digiconomist and CBECI can also be used for prognostication for future estimates.

Mind you, that’s bitcoin only–not counting power consumption and carbon footprint of altcoins such as bitcoin cash, ethereum, litecoin and monero among others.

Unfortunately, we don’t have much recourse here. Digiconomist only provides bitcoin and ethereum energy consumption estimates while CBECI only does it for bitcoin. According to the firm, ethereum’s energy footprint has declined from an all-time high of 21TWh/year in July 2018 to 7.7 TWh/year currently.

That’s only a tenth of what bitcoin guzzles up.

It’s possible to estimate the energy consumption of other altcoins by checking out their hash rates and making assumptions about the type of mining rigs deployed and their respective efficiencies. However, those figures could be wildly off the mark as we have seen with Bevand’s estimates.

Considering that bitcoin’s dominance has climbed from 50 percent of all cryptocurrency (market cap) over the past year to 67 percent currently, you can bet this is where the vast majority of mining action is taking place.

As very rough back-of-napkin math, it’s logical to estimate that bitcoin and ethereum mining account for ~80 percent of crypto mining energy, with other cryptos sharing the rest.

That would place total energy by cryptocurrency mining at ~100TWh/year. Even with more efficient rigs being constantly pressed into action, electricity costs will hover ~60 percent of mining revenue over the long-term according to some estimates, meaning energy consumption by crypto mining will only continue to climb in the foreseeable future.

Emerging mining technologies like merged mining, however, could possibly mitigate some of that.

Regarding CoinShare’s bold claim that the bitcoin network sources nearly three quarters of its energy from renewable sources, the actual figure is closer to 28 percent.

This article was originally published on Oilprice.com